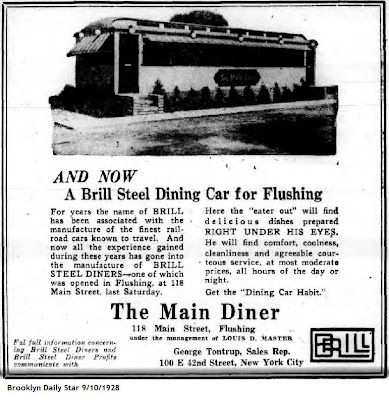 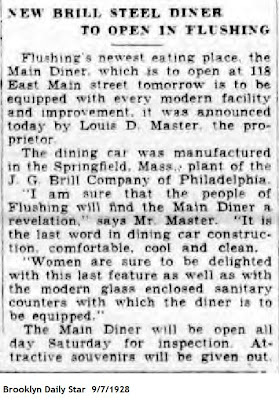 New York City had an obscene number of diners. Any place that you had a sliver of land, they put a diner there more often than not. They didn't need parking, since New York City is a pedestrian city. Much of the land was rented, often from a gas company, but other times from a Realtor, hoping to make some money on an empty piece of land, before it becomes more valuable in a few years. Then the diner gets the boot, and they sell the land for a tidy profit.
In this article, they were nice enough to mention that it was a Brill diner.
Posted by mike at 7:50 PM