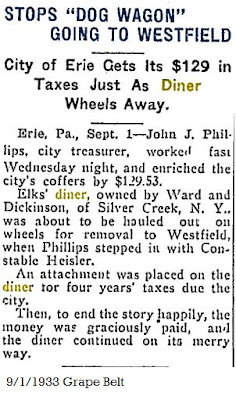 More speculation. The diner was originally called the Club diner, and W&D came out with a new model of diner called the "Club Diner" sometime in 1928-29, so it would make sense that this diner was a newly built diner and was of the "Club" model.
Posted by mike at 6:44 PM