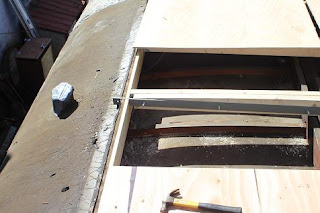 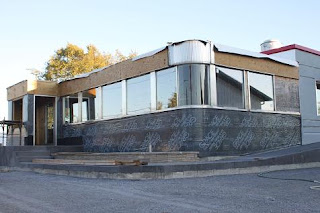 The addition and the basement look very well. They both are mostly taken care of. Currently, Tom is grading the exterior front and back parking lot and has recently added a tree near the road. The stainless steel could begin to go on the diner any time now. The walkway up to the diner is a heated walkway.
Over the summer, his crew straightened up the walls to the diner, and put in new windows. The interior is really well preserved!
Posted by mike at 3:47 PM